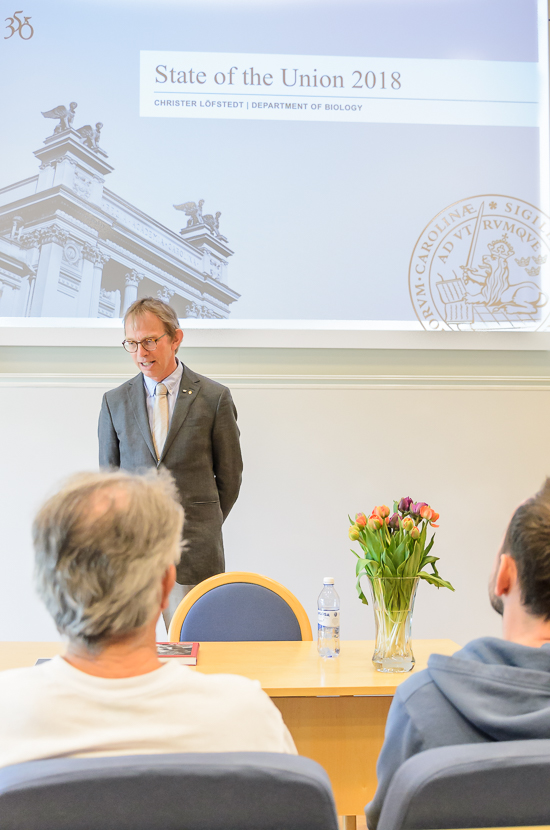 Last Friday Christer Löfstedt held his State of the Union talk. To be fair more of a State of the Department talk, where Christer talked about the last year and what’s to come. The Blue Hall was nearly full of an expectant audience. 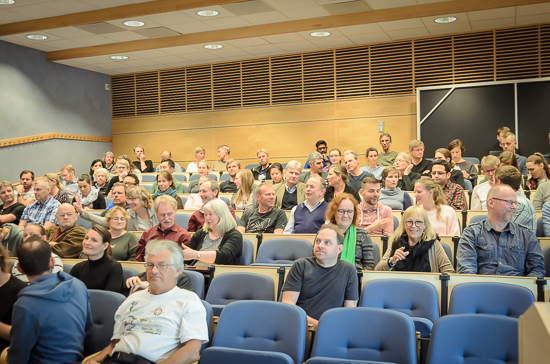 2018 is Christer’s ninth year as Head of the Department, and he has had a lot of time to reflect. Problems have occurred over the years, but most memories are good ones. 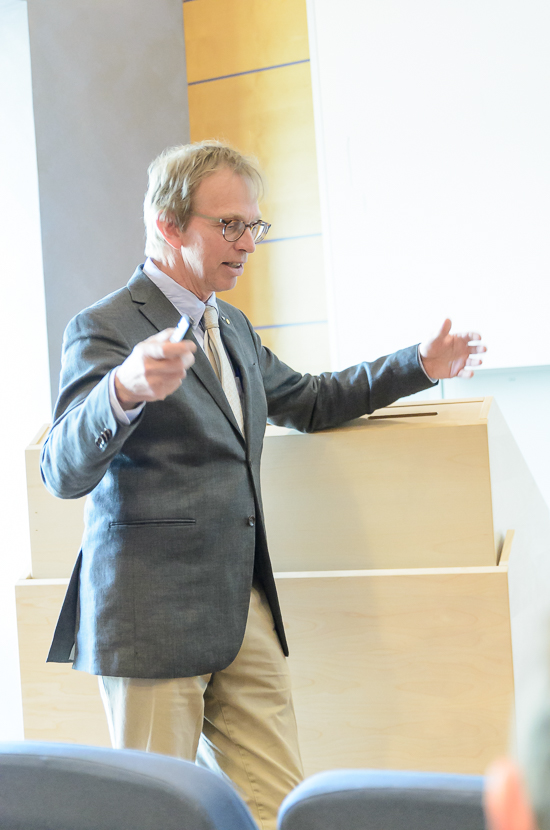 “It is a lot better to be Head of the Department of Biology than to be Vice-Chancellor at the university, Christer pondered. Many things have improved during the years. One thing is certain, we do NOT need another major reorganisation or move!” 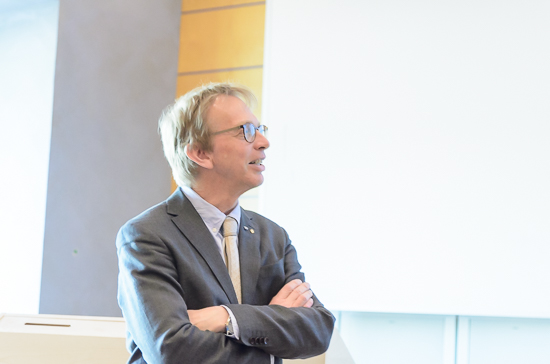 A lot of things are good at the Department. For example, the psychosocial survey shows that it is a good workplace. The external grants applications have a better success rate than average. The Biology Museum is an asset and we have excellent infrastructure. The finances are in good order. There are also a lot of activities and interactions going on. 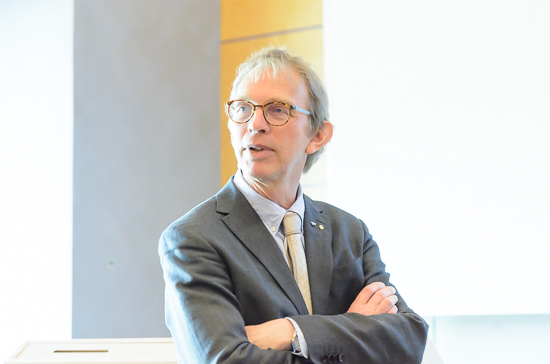 We are a truly international workplace with 43 different nationalities working here. Other things to mention are the survey which shows that our students get jobs after their studies.

Christer also congratulated some of the people who have been elected, got prizes, big grants or positions during the year. There has been at least three book releases this year and Christer talked about these too.

He also mentioned that there is a need for new personnel, like a new Head of Administration, a Technical Manager, additional administrative personnel, maybe a museum assistant in zoology and new teachers.

We have good finances, Christer said, but no one knows what the future will bring. The cash reserves are not allowed to rise above 15 percent. What about Science Village Scandinavia? Will there be more money to them and less to us? You never know what happens with external grants. And the overhead, will it be the same in the coming years? Will it be lower? Will it be higher?

All in all, the future looks bright, Christer concluded. We work at a department where people see each other and say hello. 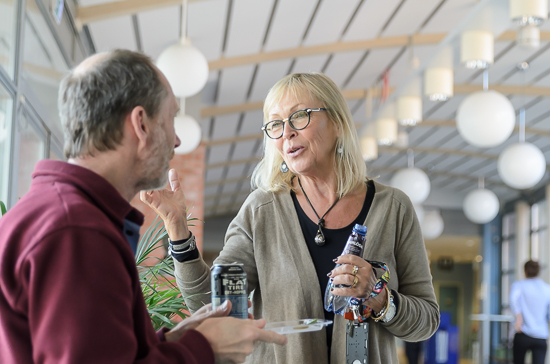 Thank you SACT, Honor Prentice and Christina Rengefors for arranging the event. And of course, thank you Christer for letting us know the state of the department!
Text and photo by Inger Ekström