Unusually, it didn’t rain when we mowed the ”Ecology meadow” on Friday. Instead, it was HOT. Lots of people from the Biology Department took part during the afternoon and we were joined by the Peab team who are responsible for managing the N Campus grounds. 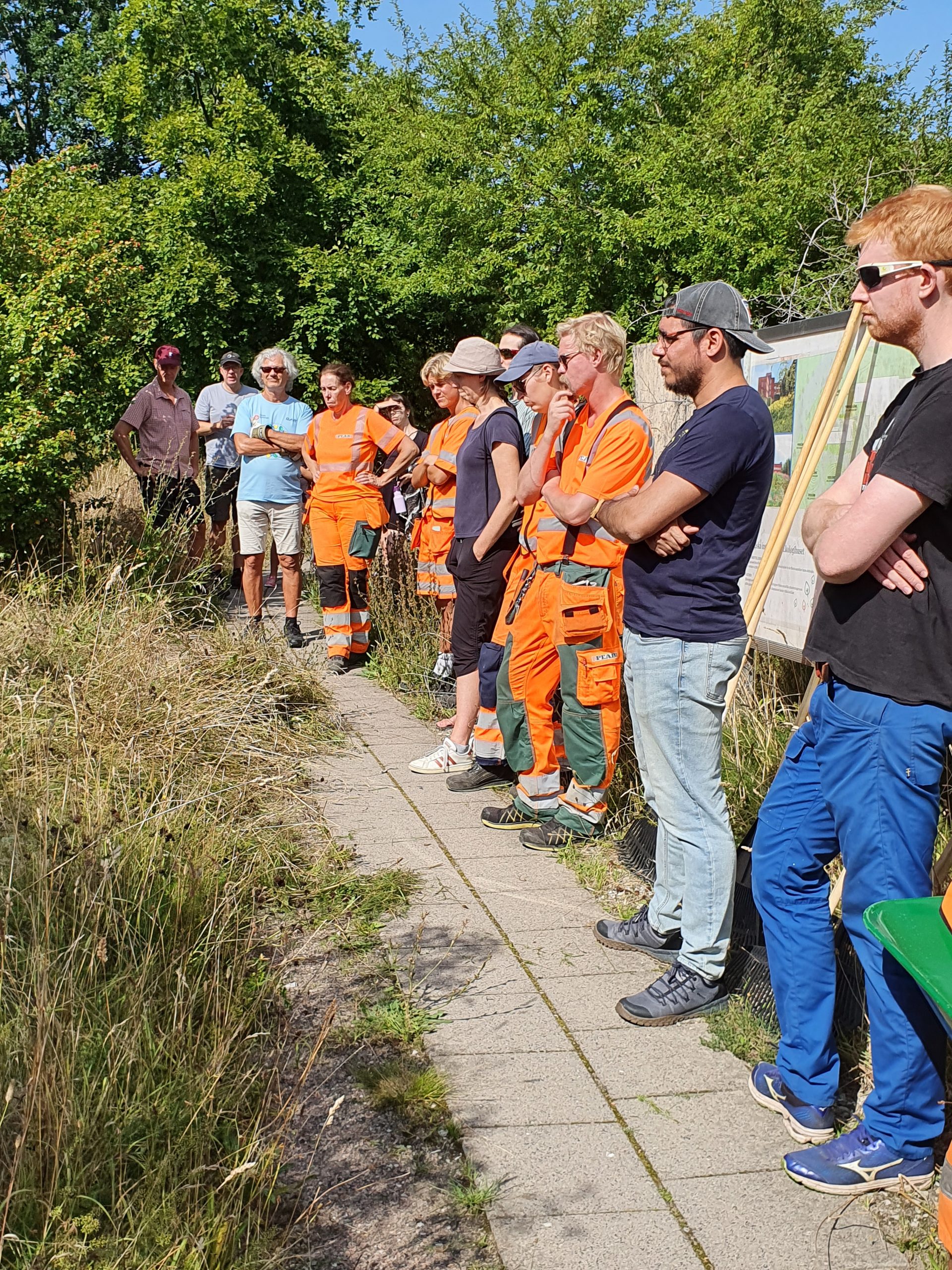 We started with an introduction by Odd Kjellberg who demonstrated the sharpening (peening) and honing of C European scythes (”knackliar”) and Ola Olsson then talked about the traditional Swedish scythes (”slipliar”). Everybody had a chance to try out scything and we mowed an impressive area together. A lot of water was drunk and salt was provided by potato chips. 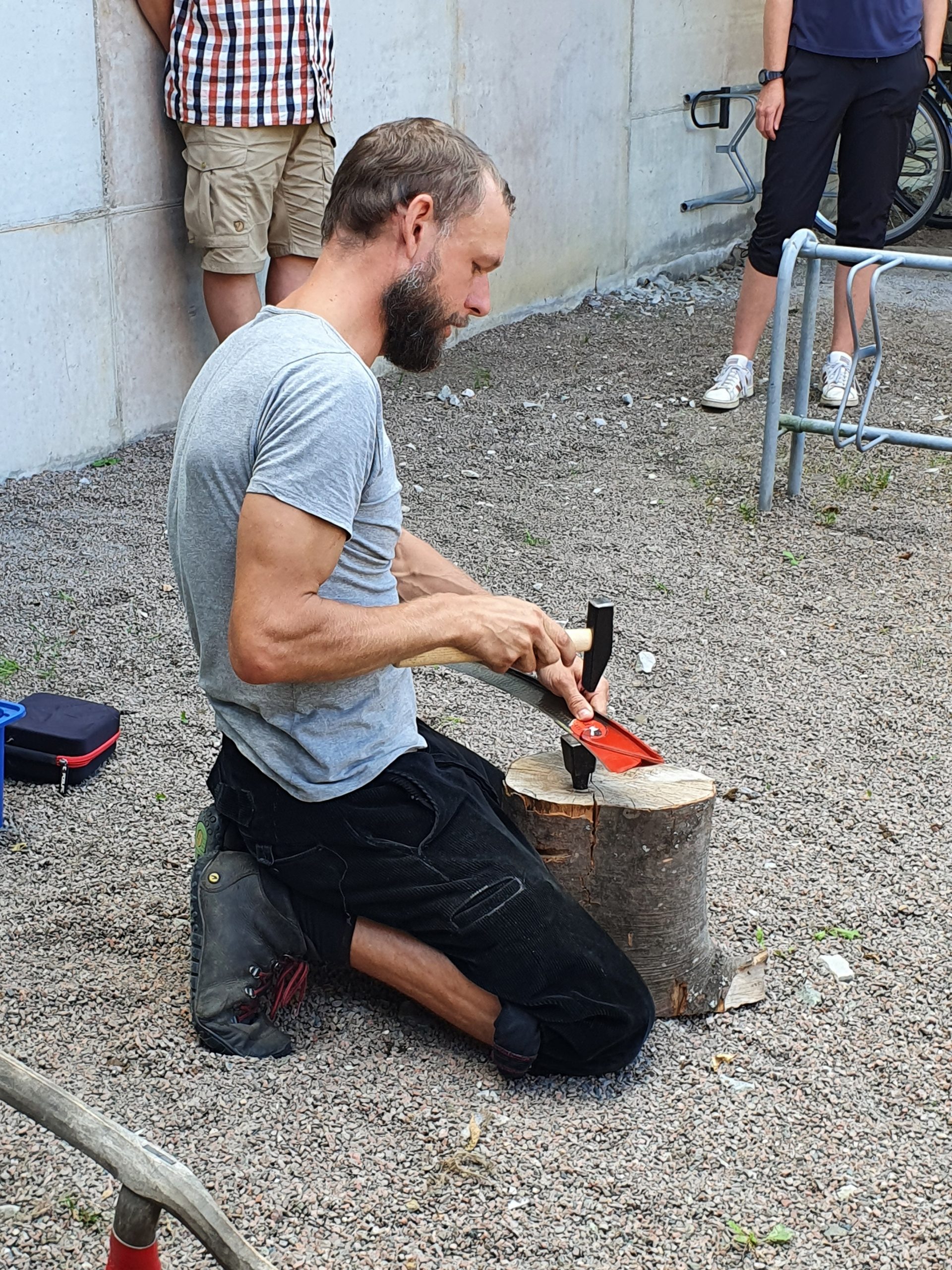