Last Friday it was time for our ”new” Head of the Department, Carin Jarl-Sunesson, to hold her first annual speech. A new Head also means a new kind of talk. First of all, the talk has changed its name. The view of the new Head is that since Donald Trump became president of the US the name State of the Union is not that fun anymore. Now the speech is called News and Views 2019. 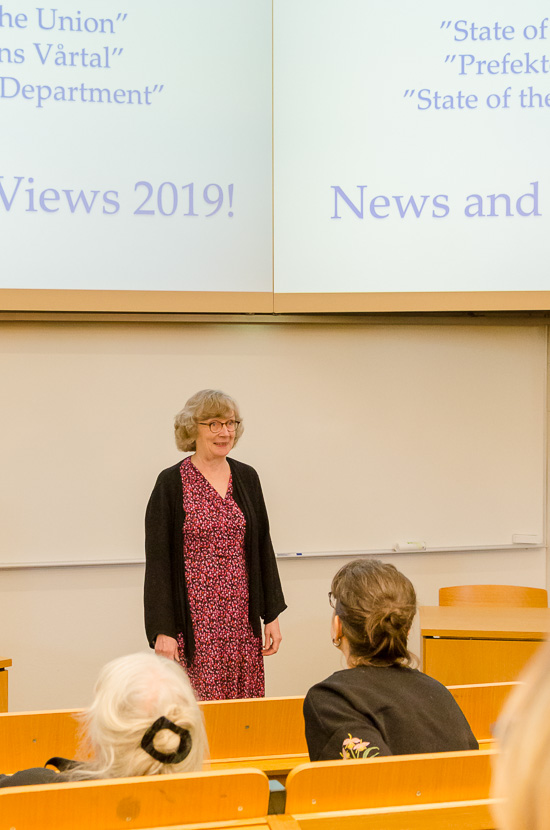 Carin started with a presentation of the new people on some of our leading positions. We have a new administrative manager, Joakim Nilsson, a new co-director of post-graduate studies, Emma Kritzberg, and a new director of undergraduate studies, Jep Agrell. 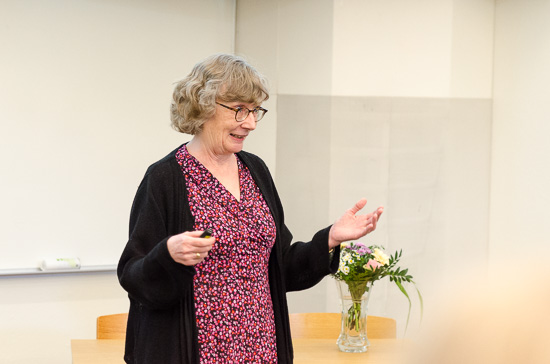 The first part of the speech was about economy and the number of employees at the department. It looks good and the cost for overhead is dropping. Although, we still have a problem with a lot of people retiring in the next few years. 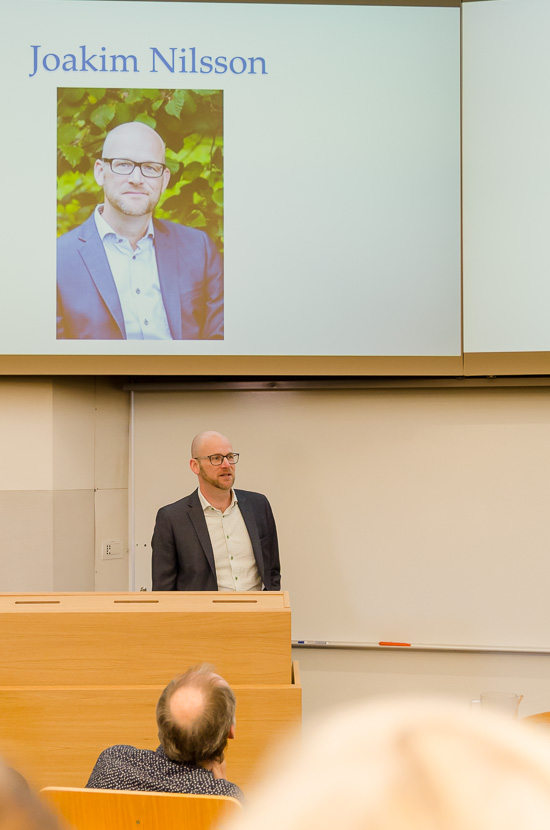 Then it was time for our administrative manager and the directors of studies to talk. Joakim Nilsson revealed that he can’t tell a fungus from a worm and is a proud non-biologist. He also talked about the composition of the administration and its catchwords. 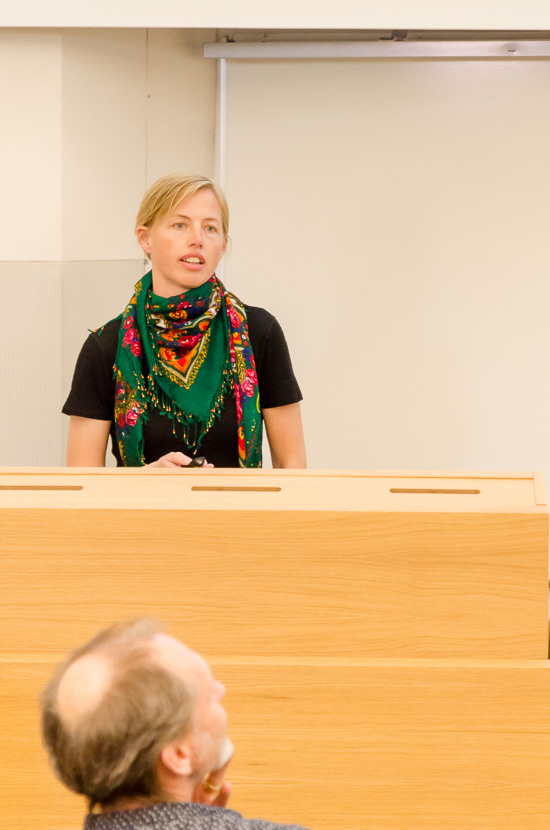 Emma Kritzberg talked about the post-graduate studies at the department.
“We often hear from the faculty that our PhD education is a good example for others. And new faculty regulations are often based on the way we are doing things,” she said.

The Research studies board (FUN) at the department is reviewing its responsibility and work. FUN will get new members in the autumn. 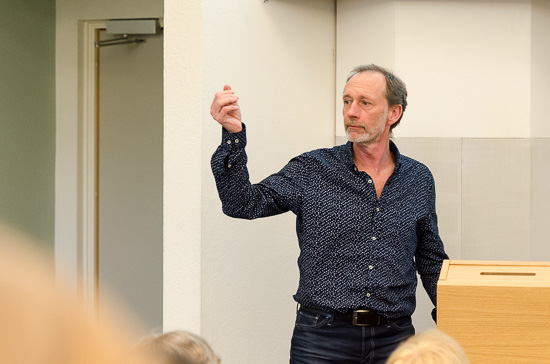 Jep Agrell talked about undergraduate and graduate studies at the department. The number of full-time students has decreased in the last years but we still have a lot of students applying to our courses.

– We will continue to work with recruitment. We have more applicants than Uppsala, that is the most important thing, said Jep.

Another thing Jep highlighted is that our students are satisfied. The average course evaluation on a scale from 1 to 5 is 4,2!

Carin ended the speech with the plans for the future. There will be some new recruitments and some building plans. This autumn there will also be a new cafeteria! 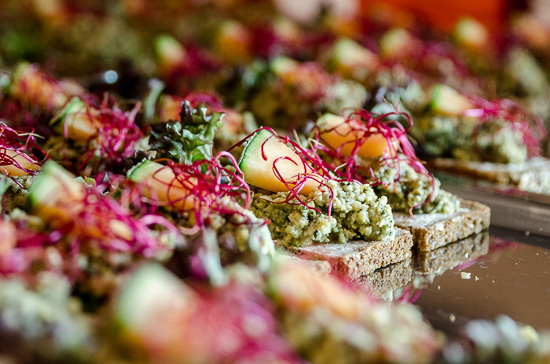 And the most important thing – next year we have survived ten years as a department. That is something to celebrate! 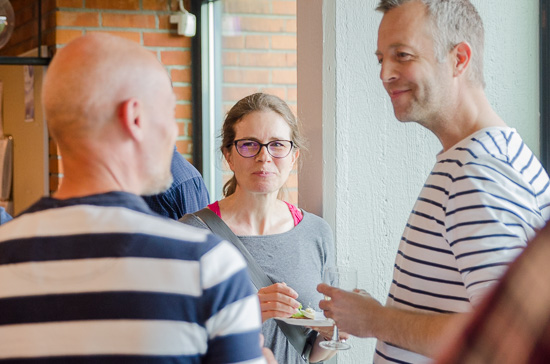 With that in our minds, we stayed a little while, talked and mingled.

Text and photo by Inger Ekström